Are boys better in science and mathematics compared to girls? Do women still face gender stereotypes at education institutions and in their workplace?

In celebration of World Maths Day and to empower girls to pursue mathematics, we spoke to different women in the STEM field to find out more.

Want to find out more about World Maths Day?

Girls are Equally Good in Mathematics 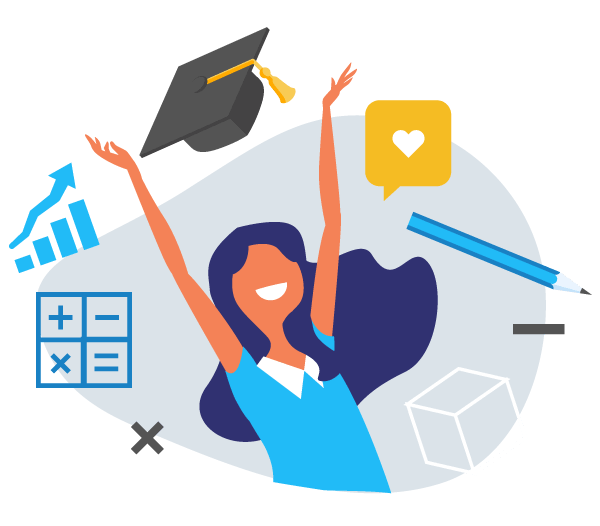 According to the latest results from the OECD’s Programme for International Student Assessment (PISA), girls in Australia perform on a similar level to boys in both subjects.

In the UK, girls received more top grades in mathematics than boys in the 2021 A-level and GCSE results.

Yet, why do girls tend to have lower levels of confidence in their skills?

Dr Mehwish Nasim, a Lecturer and Data Science Researcher at Flinders University, reflects how she started unsure about her mathematics abilities.

“During my undergrad days, there were a lot of other students who were far better than me. Most of them were boys who were getting top grades,” said Mehwish.

“For some time, I did feel intimidated. I felt that my grades were getting affected because I made up a story in mind that I would never be as good as they were.”

It was only after graduation when Mehwish started her first job working as a research engineer that she realised she was pretty good at what she did. She went on to do her master’s and later pursued her Ph.D. in Network Analysis (part of applied mathematics) in Germany.

“After that, I never felt I was incapable of doing something. Somehow, I got that confidence.”

She lets in that “as a girl, sometimes you just feel you can’t do it.” But Mehwish wants girls to know that’s not the case, and hopes to impart that confidence to other people who would like to study the subject.

Principal Groundwater Modeller, Dr Juliette Woods, also had doubts about her ability because there was this idea that “you have to be brilliant to make it in mathematics.”

But she assures that there’s so much work to be done out there using so many different types of mathematics skills, and various places you can work with mathematics.

Rather than “getting hung up on whether you match what you think is the only possible version of how mathematics works,” she encourages people to “follow your interest and “find where your niche is.”

For example, she had no idea that her interest in geology, physics, mathematics, and computing could be combined into an actual field and one which is useful for people and the ecology.

Pursing a STEM education as a female in the early 1990s was not that welcoming. Juliette recounts getting the most pushback during her university days, receiving “small sexist jokes all the time.”

“A lot of my fellow male students seem to be annoyed that there were women there. We call them micro-aggressions now, but nobody called them anything at that time.”

At a time when it was hard to get access to a printer, she describes an incident where one male classmate even went out of his way to print 200 sexist blonde jokes.

The physics department in her university was also not very inclusive and didn’t have any women. She mentions how when a question was asked in class, “you were stared at,” as if implying she should have found the answer in her textbook. This was one of the reasons why she made the move to mathematics.

While there are certainly no more blonde jokes in the workplace, Juliette notes there are still subtle biases present, particularly when it comes to who gets hired and promoted.

Dr Mika Peace can attest to this. The Fire Research Meteorologist with the Bureau of Meteorology describes how early on in her career, obvious opportunities were open to males.

“Many males went through the front door in terms of opportunities. My career was a lot more going around the back door and finding out other avenues for doing interesting work,” added Mika.

Even though she had to go through the ‘back door’ to find other means for more opportunities, it made her career journey more varied and unique, as she got to dabble in unconventional and interesting work.

Mika also wants people to know that the nerdy stereotype of female scientists or mathematicians doesn’t apply at all.

“Some of the stereotypes you typically see on television of nerdy female scientists just simply don’t apply. There are so many strong, glamorous women working in STEM and a lot of the women I work with are incredibly athletic as well,” said the mother of two.

Dr Charles T. Gray, a Data Scientist, and Research Software Engineer shares similar experiences. Until recently, she was often met with disbelief that she is in mathematical science.

Over an email interview, she states how people openly told her they assumed she was doing the easy subjects, or that she obtained opportunities because she’s an Eurasian woman.

“I worked very, very hard to get top grades and to learn hard mathematics and it’s disappointing that it took me getting a Ph.D. and working in mathematical science for 10 years before I was seen as credible,” Charles exclaimed.

A decade ago, only 33% of tertiary qualifications were awarded to Australian women in STEM fields. Thankfully, those numbers are growing.

But it’s reassuring to know that the STEM scene is improving, and there are women out there representing and standing up for the team.

What is World Maths Day?

World Maths Day is free for all school-aged children from 4 to 18 years old, powered by Mathletics. If you already use Mathletics in your school, lock in the date (23 March 2022) and check if you have access to Live Mathletics.

Have any questions? Check out the World Maths Day FAQ page for more information or contact us here.